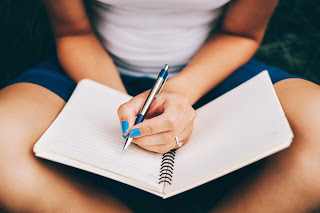 She cut me off,  with her sweet southern drawl, “Honey, that’s pure B.S.” Her statement knocked the wind out of me. I was taken aback, thinking all the while, You don’t know me, you don’t know my life. She continued, “It’s a beautiful story, but it is not the truth.”Before that moment, I was always the victim in my narrative. It was always someone else’s fault for who I was, or what I was feeling; I was blameless.  I buried and stuffed down every struggle, every weakness and imperfection. I would never ask for help and I fought relentlessly to be liked, loved, admired.

In my heart of hearts I believed everything I was saying. It took one stranger to embody my worst nightmare and call me out in front of 100 of my peers to shake everything I believed about myself.  In the moment I was shell shocked. I tried to recoup and continue my story, by painting myself as blameless with my actions being excusable because, what they did was worse.  The moderator cut me off again, “Next! I not stand to listen to anymore of it.” 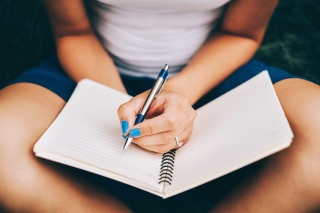 I didn’t know then, but that moment changed my life forever. I went home that night and started to soul search. Was there any validity to what she had told me?  I was paralyzed by heartbreak from a relationship that did not work out. I was trapped in the aftermath, consumed by it. A victim with no escape in sight. I began to ask myself, What part I did play in the situation?  I got real with myself.  I had to reckon with my own demons and confront the not-so-nice parts of me that I tried to hide from myself and everyone else.

The seemingly small step of owning my beautiful story started a chain reaction spanning to almost every area of my life. I began to think differently, react and act differently. I took responsibility for my actions instead of pawning them off as the result of something they did. I forgave myself and forgave the other parties involved. I was no longer the victim of my surroundings, but was writing my own story.

Two months later, I woke up one day and realized how much my life had changed. I still had a long way to go, but the progress I had made in those two months felt so exponential.  I understood then that however uncomfortable and painful it is to confront the B.S. in your life, being free is so worth it. This is where my journey began, and I have been sharing what I have learned along the way ever since.

Rachael is a wife and mom of 4 little ones, 5 and under. Her passion is seeing people grow and overcome life's obstacles to become the best versions of themselves. View all posts by Rachael Corral

The Lie I Believed

I was Assaulted on an Airplane. My #metoo story.