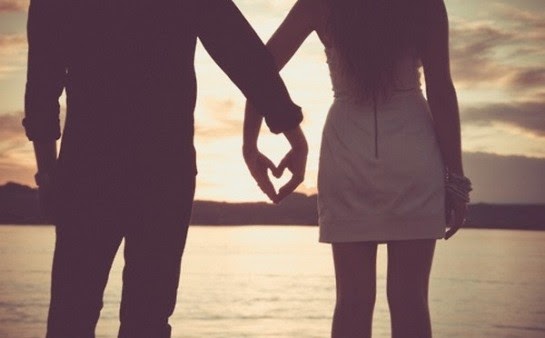 When I was growing up I had all of these notions of what my future husband was going to be like. He had to be 1-2 years older than me because women mature faster than men. So if we want to be at the same level he has to be older. Tall dark and handsome. There is just something about a man with caramel skin…I’ll leave that there. I was saving myself for him; of course he had to be a virgin too. He had to be super spiritual as well. That would just be wrong if I was stronger spiritually than he was; especially because we were going to be in ministry together. He had to either be a musician/singer or a Pastor. And what is the point of a relationship if he is not sweep-me-off-my-feet romantic.

Then after waiting for 25 years for Mr. Right I met Jesús. He was younger than me, he had a girlfriend at the time, not a virgin, he lived for the parties, he was a business man,  he was not a Christian, did not even believe in God, but he was dark and handsome. He definitely, beyond a shadow of a doubt was not God’s best for me…or so I thought.

He broke up with his girlfriend 2 weeks after we met and started coming to church. A month later he had an incredible encounter with God which left him radically changed. He gave up everything;  job, friends, lifestyle. Everything to learn more about God and serve in the church.

As soon as we met I could tell there was something different about him. He was like a magnet and I could not resist being drawn to him. He was so real, honest and refreshingly humble. He was not threatened by my spiritual know-how, but rather inspired to learn more and to seek God for himself. He challenged me to be genuine and transparent, to let down my facades and to confront everything I believed to be true that really was not. 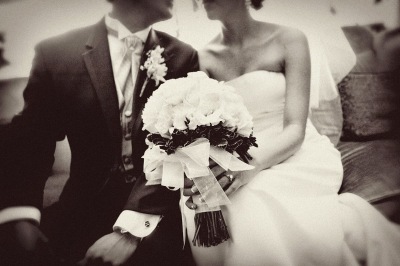 I struggled and struggled with my feelings toward him. Loving him went against every “truth” I’d ever been taught about relationships. He just could not be the one, there was no way. My leaders were even against a relationship with him.  This only made me more conflicted because I knew in my heart I was going to marry him but Christian Leadership 101 says always submit to your authority, especially in regards to relationships. I even went on a liquids only fast for 21 days trying to “kill my flesh” and put down these ungodly thoughts and feelings I was having toward Jesús and the “rebellion” in my heart towards my leaders.  I kept seeking God and He kept telling me, “Make a decision, I’ll bless your choice.” The more and more I prayed about pursuing a relationship with Jesús the more and more peace I felt. I hid my feelings from him for almost 2 months because I wanted to make sure that his conversion was completely a God thing and had nothing to do with his feelings toward me. So on Valentines Day 2012 I made the best decision of my life; I chose to pursue or rather allow Jesús to pursue a relationship with me.

Almost exactly 9 months to the day that we first met, we were married. We stood before God and our families and made a covenant to join our lives together, choosing to love one another forever. My life looks a lot different now 2 years later. It has not gone at all in the way I planned when I was a teenager-it is better!

I think in general we are a selfish culture. We are waiting for “God’s best” as a cop out for not wanting to work at a relationship, to sacrifice or concede our right to be right. We need to stop having unrealistic expectations about marriage and our future spouses. We imagine how it is going to be when we find that perfect person. We will never fight, every day will be full of romance (and sex of course), they will complete us and make us feel like the most special person in the World, etc. Only God is perfect and only He can complete you.

I have learned that God’s best is not necessarily what people tell you a husband or wife should be. It is not what you see in Disney movies and romantic comedies. It is not always what you read about in the countless Christian dating and emotional purity books. I challenge you to seek God for yourself. Do not get stuck in the mindset of “it has to be like this.” Because more often than not, it won’t be. It will be different, but better.

Rachael is a wife and mom of 4 little ones, 5 and under. Her passion is seeing people grow and overcome life's obstacles to become the best versions of themselves. View all posts by Rachael Corral

1 thought on “I Married the Wrong Man”

I was Assaulted on an Airplane. My #metoo story.